Peptides and proteins play pivotal roles in a wide array of biological functions. As a result, they are increasingly used to formulate a variety of health and beauty products. Both molecules share many similarities in structure and function that causes a loose use of the terms. However, some fundamental differences exist, and learning of them may come in handy, especially when looking to make a good product choice for skin or some other treatment.

Why peptides are the ‘next big thing’ in medical research

Scientists are always seeking new ways to transform the medical field, improve patient well-being, and significantly amplify lifespan. Over the years, breakthroughs have been made, and older ones improved upon to yield better results. The discovery of peptides is one of the breakthroughs that opened up the pharmaceutical industry to a whole new world of possibilities centred on treating a wide range of diseases. However, their (peptide) application was limited by the fact that they could not be administered orally.

Today, researchers have discovered a new way of identifying peptides that can survive the gastrointestinal (GI) tract and be administered orally. This feat has paved the way for a new line of products considered the next big thing in medical research.

Many experts, including Prof. David Craik, consider peptides as the next big thing because of their high safety profile, effectiveness, and ability to target specific problem sites in the body. They pose fewer side effects than conventional drugs and do not accumulate in the kidney, liver, and other susceptible biological sites. This stems from the fact that when they breakdown after ingestion, they break down to amino acids, which the body finds easier to recycle.

Although there’s the issue of stability because of how fast peptide-based drugs breakdown, more clinical and pre-clinical trials are being carried out to improve them. However, there are currently supplements with peptide sequences that are available.

What Is the Difference Between peptides and proteins?

Peptides and proteins are often confused because of their close similarity in structure and function. They are made up of chains of amino acids held together by peptide bonds and play critical roles in regulating certain bio-molecules. However, there exists a simple distinguishing factor between both molecules, and it is their size. Peptides are generally smaller than proteins; they consist of between 2–50 amino acids. On the other hand, proteins consist of between 50–100 amino acids.

Thus, as expert from the Institute for Molecular Bioscience (IMB) at The University of Queensland in Australia, Dr. Mark Blaskovich says, the cut-off mark between both molecule types is approximately 50–100 amino acids.

It is worth noting that the peptides that occur within the human body contain far less than 50 amino acids. They typically consist of between 2 and 20 amino acids. Generally, peptides may be sub-divided into the following:

Lastly, some peptides consist of only 2–4 amino acids; they are generally called short peptides. They are great for the skin and are often used as active ingredients in cosmetic products. Using short peptide-based products such as Epitide Oropeps can help achieve firmer, younger-looking skin, and an overall feeling of youthfulness.

Another distinguishing factor between protein and peptide molecules is that unlike proteins that are difficult to synthesise, peptides are easy to make. This contributes to the availability and the affordability of products that are based on it.

Significance and functions of proteins and peptides in the human body

Proteins and peptides play many critical roles in the body, from structural to hormonal, and defence functions. They are of high significance and potentially relevant to the pharmaceutical industry because of their ability to interact with enzymes and induce chemical reactions that coordinate cellular repair.

Proteins handle most of the biological processes responsible for regulating tissue and organ functions in the body. For example, they control the pH of body fluids, which to large extents, determine the death or survival of cells. Cells flourish in an alkaline environment; thus, a specific level of alkalinity must be maintained to keep them alive. This is especially important since the human body lives and dies at a cellular level.

Proteins determine and maintain cell structure and support immune system powerhouses such as antibody and immune system cells. They also transmit signals that help regulate the biological processes between all the cells, organs, and tissues, enabling them to function well together.

Peptides, on the other hand, help boost immunity, treat sleep and hormonal disorders. They support brain function, protect the liver, and stimulate the skin to produce collagen, creatine, and other components that reverse ageing, and promote a youthful appearance.

Generally, the use of peptide-based drugs or supplements might eliminate the need to use a traditional drug like an antibiotic, which can potentially lead to severe adverse effects in the long run. Many individuals can benefit from such products as they are generally safer, easy to use, and very effective. However, it is advisable to consult with a doctor or healthcare provider before starting treatment with any medication or supplements.

Peptides for Skin: What are Peptides & How They Help with Skincare

Every day, new creams, moisturisers, and cleaners are introduced by skincare brands, each promising to be far superior to any other on the market. This…

Why do some people live up to the 100, and even 120 years old, while others die younger? This is one question that has been… 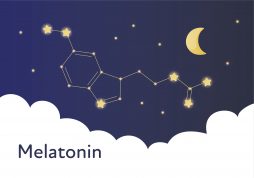 The role that the hormone melatonin plays in our body system cannot be overestimated. Not only it is responsible for the quality of our night…

Short Peptide and its Use in Modern Medicine

Intro: Conventional drugs have been a blessing. They address health problems, increase the quality of life, and prolong the lifespan of users. However, they…